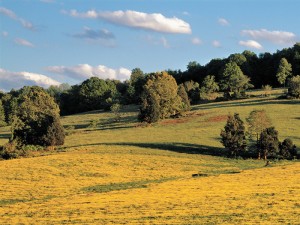 Although row crops are one of the smaller agricultural industries in Fayette County, they are still vital to Lexington’s farm economy.

There are 46.5 square miles of harvested cropland in Fayette Co. accounting for 16.45% of the county. In 2008, crop receipts in Fayette County totaled $14.4 million, a significant number coming from such a small sector of our economy.

Food security is a growing issue in our country.

For the first time in our nation’s history, the United States imported more food products by value than it exported in 2006. Food increasingly comes from distant, sometimes unsafe sources. The average foodstuff travels over 1,500 miles to its destination.

By the year 2030, China will demand more food alone than is produced in the entire world today. Indeed, food is a limited and potentially priceless commodity that is essential to human survival.

Fayette County agriculture is a “new economy” opportunity– as our local community, the Bluegrass Region, and the world need food, and more efficient food production techniques. 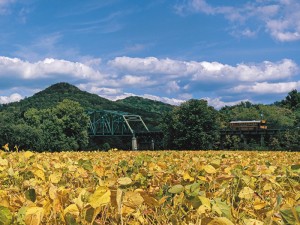 The inner Bluegrass Region has some of the world’s most fertile farmland, and is located in a relatively temperate climate. With improved processing, distribution, and marketing systems in place, food could become an incredibly powerful Fayette County industry in the near future. Other cities have taken advantage of this opportunity, and created a major business. For example, Madison Wisconsin is the capitol of a $9 billion local food industry. Fayette County could follow in Madison’s footsteps, as Lexington is located a day’s drive within 70% of the U.S. population…creating an ideal market condition for this emerging industry.

Wine, and locally produced organic foods are growing in the inner Bluegrass Region at burgeoning rates. These industries are crucial to our national security, food safety, sustainability, and economic development. The average value per acre of farmland in the Bluegrass grew at a rate of 42% between 1997 and 2002, the largest increase in value of all regions with significant farming operations. This statistic is particularly impressive as 14 of 23 other comparative regions in the U.S. were stagnant or declining. As the need for food and other agricultural commodities continues to grow the value of our farmland will continue to increase.

In 2010, statistics were released showing that America loses an acre of farmland every minute. The U.S. has lost more than 6 million acres of farmland since 1997—amounting to the size of Maryland. Unfortunately, the land that is most agriculturally productive is on the fringe of our cities, and the most threatened by development. Nationally, these areas produce 91% of our fruit and 78% of our vegetables. Protecting Fayette County farms is important not just on a local scale but also on a national one—essential to the food security of our county, state, and country. 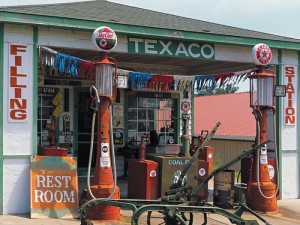 Biofuels are also important to our national security.

Biofuels are often derived from plant sources. They are environmentally safe, reduce our carbon footprint, promote energy independence, and create jobs. US Congress passed several renewable energy mandates known as, “The Renewable Fuel Standards.” These mandates dictate that by 2022 44% of all fuels for cars and trucks in this country must be 2nd generation cellulosic biofuels. Basically, our dependence on petroleum has put us at risk and at the mercy of imported fuel sources, a risk that can be decreased by increasing our knowledge and production of biofuels.

In 2011, the University of Kentucky was awarded a $6.9 million federal grant for biofuel research. A majority of the grant money is designated to the study of growing switchgrass and miscanthus to create biofuel for farm equipment in an effort to decrease our nation’s dependence on imported oil.

Alternative types of agricultural development could place Lexington at the fore front of innovation. 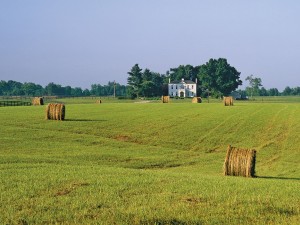 In fact, many experts believe that Kentucky’s greatest potential may come in alternative fuel technology and production. These are powerful market ideas, considering that oil production is peaking, and world demand is expected to increase 50% by 2030.

Kentucky’s fertile land makes it an ideal place to grow plant based alternative fuel sources. Some areas for exploration include switch grass ethanol production and industrial hemp. As the demand for such fuel technologies continues to grow, Kentucky could reap great economic benefits. This demand has already increased the value of our farmland as evidenced by the multi-million-dollar federal grant UK received to explore biofuel research.