The average household in Lexington has shifted more towards young adults and small units.

Our demographics are changing in Lexington. 72% of all new residents in Lexington are singles and childless couples under the age of 30. And, on average, only 2.3 persons live in Fayette County households. In fact, in 2010, nearly 75% of households did not have children at home.

Young professionals moving into our city have increased the demand for downtown living, entertainment, and alternative transportation.

Many Lexingtonians want to live in the urban core of our city because they don’t want to deal with traffic, and their families are getting smaller.  A Young Professional Recruitment Survey completed by Toyota and Lexmark in 2009 found that young professionals were most interested in the lifestyle and culture of an area. Scoring high on the list of amenities valued by young professionals were affordable and appropriate downtown housing, more music, art, and restaurants. As Lexington’s population continues to grow and change these demands will continue to increase. 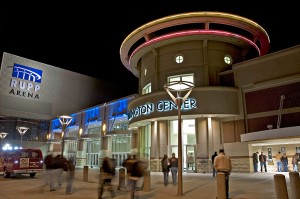 Recruiting and retaining young professionals is crucial to our economic development efforts here in Lexington. Today, over 77% of workers pick city first, job second. Corporations locate where there is a high concentration of knowledge-based, educated workers.

If we can create a world-class city in our already remarkable rural landscape, Lexington is primed for economic success…as over 20% Lexingtonians over the age of 25 has a higher education degree or attended college.

Especially with the onset of “Gen Y” young professionals, demand for suburban housing has decreased as they prefer to live in an urban setting.

According to the New York Times ¾ of prospective home buyers are now more inclined to live in an urban area. This is due mostly to the increased cost of fuel. This trend has been confirmed by the NAHB which recently released data showing that smaller, lower maintenance homes are selling faster than any other type. Steve Melman, the NAHB’s director of economic services, notes that Generation Y is entering their prime home-buying years with far different budgets and tastes than their boomer parents.