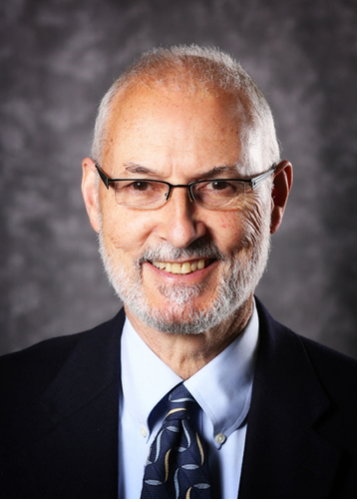 Steve is in his second term as an At-Large Council Member and his first term as Vice Mayor, a position to which he was elected in 2014. On Council, Steve serves as Chair of the Infill and Redevelopment Committee, on the Board of the Affordable Housing Fund, on the Task Force on Neighborhoods in Transition, on the Advisory Board for Bluegrass Farm to Table, and on the Corridors Commission. While serving on Council, Steve continues his work as a partner of Roberts & Kay, a research and organization development firm Steve co-founded in 1983.

1. Do you support prioritizing infill/redevelopment as Lexington’s primary growth strategy? Under what circumstances would you support expansion of the Urban Services Boundary or Rural Activity Centers?

Infill and redevelopment must be Lexington’s primary growth strategy if we are to retain the remarkable balance between rural and urban that makes our community unique and serves for many as a key component of a positive quality of life. As a longtime member and now Chair of the Infill and Redevelopment Committee I have worked to make changes in regulations, policies, and procedures that support infill and redevelopment and make those projects easier to do.

Some strategies are broadly applicable These include reducing parking requirements, coupling development with available or projected mass transit, favoring increased density, promoting mixed-use development.  But our overall strategy needs to be fine-grained attention to the opportunities and challenges presented by conditions within differing locales.

Going forward, I will be as involved as possible in the development of the “new process” outlined in the recently approved Goals and Objectives of the Comprehensive Plan Update. My hope is that that effort will result in a broad community consensus about where, if anywhere, and when, if ever, and under what conditions expansion of the Urban Services Boundary or Rural Activity Centers should be proposed. Absent that consensus, and absent an understanding of how any proposed expansion fits the long-term social, cultural, and economic needs of the community, I believe an expansion would not be justified. Land is a finite resource and must be treated as such in any policy considerations.

2. What specific recommendations do you have to protect the character and context of existing neighborhoods while diversifying our housing stock to meet the needs of our community?

As Vice Mayor I recently created a special task force of the council, the Task Force on Neighborhoods in Transition, and appointed Councilmember James Brown as Chair. Here is the stated purpose of the task force: To identify ways to protect vulnerable residents from the consequences of neighborhood redevelopment and transformation, with an emphasis on preserving history and culture of communities. I serve as a member of the task force, and will work with Councilmember Brown and all the members of the task force to determine ways to ensure that development happens in an equitable manner in our community.

3. What specific recommendations do you have to address Lexington’s affordable housing issue?

As Chair of the Mayor’s Commission on Homelessness I was a major advocate for the proposal approved by Council appropriating $2M per year for an Affordable Housing Fund. I presently serve on the Affordable Housing Fund Board. With $11M allocated in the last four years, the Board has provided crucial support for projects totaling just over $100 that have preserved or created over 1300 units of affordable housing. I have advocated for an increased allocation, and for creative ways to use the income being generated by low-interest loans to some of these projects as leverage for support for additional projects.

4. The number of households headed by someone aged 65 or older is projected to increase significantly over the next decade and beyond. What specific recommendations do you have to meet the needs of our growing senior population?

The city took a major step forward with the creation of a new Senior Center that has proven to be heavily used and widely praised, so much so that many of its programs are at or over capacity. While there are many worthwhile projects competing for capital funds, I will advocate for beginning the process of determining whether additional facilities are needed, and how they might be funded, as well as how existing park and community center resources can be made more available for seniors. We should also look at additional ways to partner with FCPS, the Y, and other organizations that provide services for seniors. Longer term, we need to be investigating existing options and new ideas about “aging in place,” so that seniors have the highest possible quality of life as they age.

5. Do you support an annual funding allocation for Lexington’s Purchase of Development Rights Program (PDR)? Please list your specific ideas to support the continued strength and growth of our agricultural and tourism industries.

I have been and will continue to be a strong advocate and supporter of the PDR Program, including an annual funding allocation. I also was instrumental in creation of  Bluegrass Farm to Table, with staff in the city’s Office of Economic Development, whose mission includes bolstering farm income and our local food economy. The new non-profit Horse Country, Inc. has done much to open up our horse farms to the general community and more generally to promote the public’s awareness of the importance of agritourism. We need to continue to be aware of and support the role that agriculture plays as a key component of our economy and as the economic base that makes preservation of our rural land possible.

First, it is important to note that there are no simple solutions to the problem of traffic congestion. As Lexington has grown, so has the strain on our major arterials, as most people rely on personal automobiles as the best way to get around. There are, however, ways to mitigate the problem. These include: additional support for LexTran, so that the number of routes is increased and the time between pickups is decreased, making riding the bus more attractive; continued investment in bike lanes, bike paths, and bike programs, so that more people become bike riders and bike commuters; live-where-you-work programs, so that fewer people are daily commuters.

7. The 2018 Comprehensive Plan for Lexington includes a goal to create “a new process for determining long-term land use decisions” involving the Urban Services Boundary and Rural Activity Centers. If you support the creation of this new process, what are some of the elements that should be included?

When the Goals and Objectives were being debated by Council I successfully advocated for this new process and for not expanding the Urban Services Boundary until the process is completed. I believe the new process has the potential to establish a broad-based consensus about the long-range growth and development of our community. First, there should be a comprehensive analysis of all land in the rural area to determine where, if anywhere, there is land that could be developed, for whatever use, without negative impact on the agricultural economy, on the view-shed, or on the environment, and without excessive cost for the extension of basic services. If it is determined that there is such land, a set of criteria then needs to be developed that would ensure that the timing of such development and the nature of such development would further the long-range economic, social, and cultural well-being of our community. Unemployment rates, housing availability, growth projections, and other economic indicators are some of the likely criteria that should be considered. The task of the group working to develop the new process will be to be wide-ranging on its thinking, so that not just the likely criteria are considered.

8. What is the biggest challenge facing Lexington? What are your specific recommendations to address that challenge?

Our biggest challenge is how we accommodate growth without negatively affecting the quality of life of all who currently live here, including those at the lower end of the economic spectrum. Lexington is currently growing at the rate of roughly 4,000 people per year. Given that Lexington is becoming increasingly attractive as a place to live, that number is likely to increase as well. Since the boundaries of Fayette County will not change, and since most people believe we must preserve all or most of our signature productive rural landscape, most of that increase will need to be accommodated by infill and redevelopment, which itself presents a series of challenges. To meet those challenges we need to invest more in both short-term and long-range planning and a related set of incentives that help ensure that infill and redevelopment occur primarily in the places that need and can benefit from increased density. Council’s Infill and Redevelopment Committee, which I serve as Chair, has been addressing some of these issues. As Vice Mayor, I also recently appointed a Task Force on Neighborhoods in Transition with the following purpose: “To identify ways to protest vulnerable residents from the consequences of neighborhood redevelopment and transformation, with an emphasis on preserving history and the culture of the communities.”