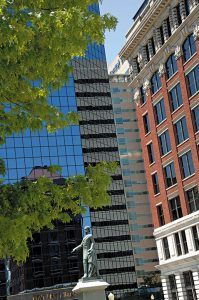 Kentucky State House Bill 72 would require the mandatory posting of an appeal bond as a condition to a non-governmental party appealing a rezoning decision from the Circuit Court to the Court of Appeals.  While we understand the need to curtail frivolous lawsuits, this bill goes too far, and places an unreasonable and likely unconstitutional burden on individuals, neighborhoods, and businesses with meritorious claims.

Despite widespread opposition from neighborhood associations, small businesses, organizations and individuals, the Bill passed the House and is now in the Senate where it is likely to pass.  The Bill contains an emergency provision, which means it will go into effect immediately upon being signed by the Governor.  Given that fact, we thought it important to not just oppose the Bill, but offer an amendment to make it more fair to landowners in the short term.