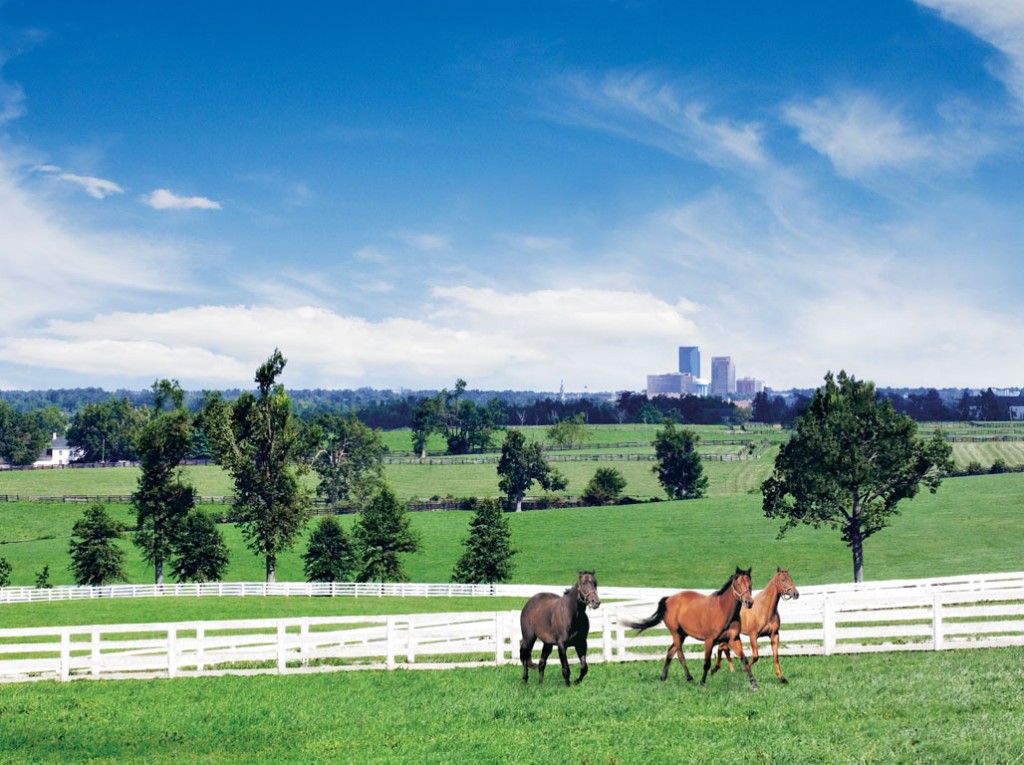 PDR and Urban Infill: Two sides of the same coin

Recently, former Councilman Jacques Wigginton published an opinion piece in the Herald Leader—criticizing Council’s support of the Purchase of Development Rights program. He blamed Council for funding the PDR program, at the “expense” of supporting urban infill initiatives—asserting that preserving our farms costs too much in light of Lexington’s development needs.

He goes on to say that it is time for a balanced growth approach, requiring local leadership to spend public dollars on urban revitalization programs so that our city may become more vibrant, attractive, and accessible for all its citizens.

I couldn’t agree more with achieving a dynamic, affordable city through infill initiatives—but slashing PDR funding is not the answer.

Since 2006, The Fayette Alliance has ushered over forty major land-use policies into law that further a sustainable Lexington. It’s true we’ve aggressively supported farmland preservation efforts such as funding for the PDR program and stopping the 2006 Expansion of the Urban Services Boundary.

But, we’ve also spent over 70% of our time promoting infill redevelopment as a viable and equitable growth strategy for our city, from endorsing over $500 million in urban development projects, zoning incentives, and downtown design guidelines, to helping LFUCG defeat House Bill 447 (2008) in Frankfort—which if passed, would have prohibited local governments from passing affordable housing programs.

We’ve taken this approach, because in our view, farmland preservation and growth are not “either/or” propositions. Rather, they’re essential partners in Lexington’s quest for economic greatness, cultural attractiveness, and environmental security in today’s competitive and complex world. It requires respecting and leveraging our endangered natural resources and Bluegrass brand on one hand, while creating a city that is unique, rich in amenities, and compelling to both Lexingtonians and visitors on the other.

This is a difficult undertaking—that requires a big-picture, balanced approach. No longer can we rely on the old “Growth is Good” vs. “Growth Destroys Bluegrass Forever” debate in which our city is pitted against our farms. Under this framework, it’s not possible to find a solution that can benefit everyone in our community.

We must adjust the scope of our lens, elevate the “growth” dialogue, and recognize that the very building blocks of our city impact the health and vitality of our precious Bluegrass soils, signature agricultural industries, and food security…and vice versa. 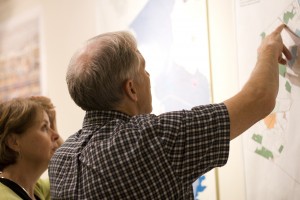 To that end, both farmland preservation AND infill redevelopment programs are essential to Lexington’s economic, cultural, and environmental success. They are two sides of the same proverbial coin.

Without this partnership, Lexington-Fayette County will continue to succumb to sprawl development, that’s characterized by a tired cityscape, affordable housing shortfalls, countless air and water quality problems, and loss of our internationally acclaimed Bluegrass farmland.

Sprawl has cost us a lot over the past several decades, as evidenced by a dubious spot on the World Monument Fund’s 100 most endangered cultural landscapes list, the largest per-capita carbon footprint in America according to the Brookings Institution, a $300 million settlement with the EPA to clean up our polluted waterways, and still a substantial shortage of affordable rental and for-sale housing in Lexington, as noted in a 2009 HBAL study.

Plain and simple, by preserving our farms on the perimeter of the city and discouraging sprawl, market and development Op-ed by Knox van Nagell, Published in the Lexington Herald-Leader, January 17th, 2010 PDR and Urban Infill: Two sides of the same coin forces are driven inward—revitalizing dilapidated, economically depressed, and vacant property inside the city; of which Lexington has an estimated 12,000 acres according to the recently released LFUCG Housing Study.

If responsibly pursued using infill and farmland preservation programs, this strategy can accomplish pleasing, walkable, environmentally-friendly, and affordable developments inside the city—as demonstrated by countless other destinations across America including Louisville; Portland, Oregon; and Madison, Wisconsin.

LFUCG must lead the way, and use various tools to make it easier for developers to take a serious look at infill redevelopment, by establishing such programs as a land-bank, a vacant land commission, community development corporations, zoning and financing incentives, and potentially an affordable housing trust fund. 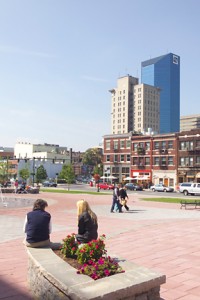 Over the past several years, our local government has invested heavily in both urban revitalization projects and farmland preservation initiatives. For instance, LFUCG has spent tens of millions on needed downtown streetscape and public improvements, and tax increment financing developments to enhance the core of our city.

To save the factory floor of our brand, $3 billion agricultural industries, and local food systems, city hall has allocated $28 million in local money to the PDR program—which was matched by over $33 million from state and federal sources. These funds constitute less than ½ of 1% of the overall LFUCG operating budget.

Nevertheless, in today’s recession, we must continue this momentum by getting creative, working together, and demanding more from ourselves and our leaders in financing BOTH infill incentives and the PDR program—so we can achieve a world-class city in a world-class landscape. Our quality of life, economy, and environment depend on it.

The Fayette Alliance stands committed to working with local leadership and the community at large to address this challenge.

If effectively done, we will all benefit—from those living in the city, to our farmers and international Bluegrass brand. No doubt, farmland preservation is a partner in growing sustainably—not its enemy.