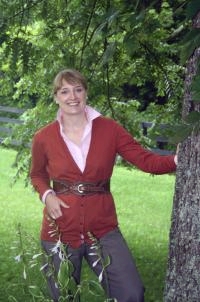 And not just any jobs, but high quality jobs that can enrich us and in turn, enliven our community.

This is important, as more than 80 percent of our city’s revenues come from payroll tax.

To create jobs, we must create a place that attracts and helps retain the best work force. Where the workers choose to live, is where the companies go and where jobs and city revenues flourish.

Innovative city building, and leveraging what is unique about Lexington, has the potential to be our most powerful form of economic development.

As demographer Rebecca Ryan notes: Next generation economic developers know that if you want to attract the talent who will work in your companies, become your civic leaders, donate to your charities, attend your arts and cultural events, you must have more than good jobs. You must have a city — a place, neighborhoods and stroll districts — that captures their sensibilities, matches their values and attracts and engages them.

We have many promising assets — from our remarkable Bluegrass landscape and signature brand, to special neighborhoods, an emerging downtown scene and numerous cultural amenities — but Lexington needs a catalytic project to carry our potential forward.

The proposed Rupp Arena Arts & Entertainment District is such an endeavor, covering 46 acres of underutilized and publicly owned property in downtown Lexington.

Over the course of 10 months, a diverse group of 47 community leaders met nearly 40 times, worked with the world’s best consultants, and performed case studies to envision a $260 million development that reimagines the heart of our city for the 21st century and beyond.

We owe it to ourselves, our quality of life, and our economy to do our best to complete the next analysis stage of the proposal. It will cost $5 million to assess the various economic, environmental and financial contingencies of the project.

The state is allocating $2.5 million to support further study, leaving Lexington to find $2.5 million in private and public sources to cover the rest of the bill.

With more analysis, we can give the district its due and address the very real financing, infrastructure and design issues of the proposal. With such information, our community can better assess the timing and feasibility of this colossal undertaking.

* Developing a “Cat-Walk” to connect downtown Lexington to the University of Kentucky campus with programs, atmospheres, and pre and post game opportunities.

Keystones of the project, as envisioned by acclaimed planner Gary Bates, are architectural excellence, sustainable building, and pedestrian-oriented development.

Having identified roughly 14 potential funding sources, completion of the development could take decades in today’s trying financial climate. Nonetheless, something will happen on the site in the near future, as UK and the city of Lexington will revisit Rupp Arena’s lease agreement in 2018.

The arena district is a game-changer for our city and The Fayette Alliance applauds its vision and process. It demonstrates that Lexington is a progressive city — capable of taking itself seriously; celebrating its brand; and positioning its heart, or downtown, to attract talent along with the Austins, Madisons and Greenvilles of the world.

If done right, the district could put Lexington on the map by providing exciting arts and cultural opportunities for Lexingtonians and visitors alike, while making our urban core as special as our Bluegrass farmland surrounding the city.

The district, coupled with our programs to promote infill redevelopment and farmland preservation, is city building and economic development at its best.

Let’s seize this opportunity, and continue to study the proposal today for a more promising economic future tomorrow…See article in Kentucky.com

Memo to Wendell Cox: Density and vision are not anti-market

Let’s give Cox his due. An excellent piece in The New Republic by Jonathan Rothwell titled “Low-Density Suburbs Are Not Free-Market Capitalism” notes that Cox is right to criticize burdensome land-use regulations, but that he is flat-out wrong on density. Says Rothwell:

Cox is right to link land regulations in California to higher housing costs, but he is wrong to defend anti-density zoning and other forms of large-lot suburban protectionism. The proposed changes in the Bay Area take a step in the right direction by allowing higher density in their supply-constrained metropolitan areas. Indeed, more suburban governments should free up housing markets from their long-standing anti-density bias and adopt more market-based approaches to housing….Read more at Bettercities.net