Our roadways are not able to support the amount of traffic that flows through Lexington on a daily basis. 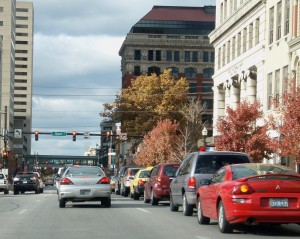 In 2005 Lexington’s peak traveler’s experienced 38 hours of delay over the course of the year; In 1995 they only experienced 18 hours. Roughly 90% of workers 16 and over drive to work and 80% drive alone. This is a large contributing factor to why our carbon foot print is so high and our roads congested.

We need to think sustainably about how we live and function. Alternative modes of transportation—such as walking and bike paths, and taking public transportation options—are essential in solving this problem.

These issues have caused many Lexingtonians to move closer to the city center. 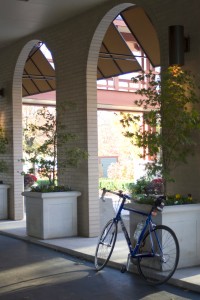 Alternative forms of transportation are becoming more popular as traffic continues to increase.

In 2007 the League of American Bicyclists named Lexington a Bronze Level Bicycle Friendly Community. Lextran has also steadily increased its ridership since 2001. Between 2007 and 2008 the number of Lextran patrons increased 11.5%.

By continuing to promote and expand alternative modes of transportation we can not only alleviate some of the stress on our roadways but also decrease our carbon footprint.

Click Here to read more about how traffic and roadways can be addressed by an innovative land use model.